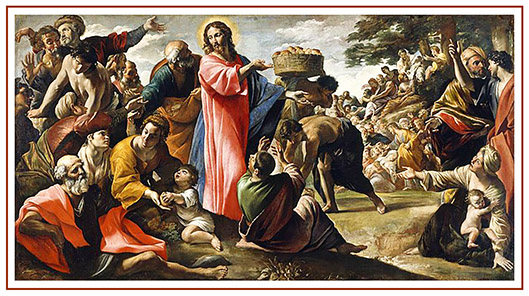 The Fourth Sunday in Lent or “Laetare Sunday” will be celebrated in a Latin High Mass at St. Stanislaus Church, State Street at Eld Street, in New Haven on March 27, at 2:00 pm.  The celebrant will be the Reverend Jan Pikulski.

Laetare Sunday marks the midpoint of the season of Lent in preparation for the great feast of Easter. On this day the Church takes “time out” from the penitential emphasis in the texts of the liturgy in Lent to encourage Christians with the reminder of the great reward of Christ’s redemptive presence in the world. The opening Introit at Mass “Laetare, Jerusalem” exhorts us as citizens of the New Jerusalem to rejoice as we enter the house of the Lord; the Epistle encourages us to rejoice in Christ as the true Moses who has released us from the bondage of the law and sin; and the Gospel, presenting the miracle of the multiplication of  loaves and fishes, reminds us to rejoice in the Eucharist, which is the figure of the heavenly banquet.

This spirit of rejoicing is reflected in the use of rose-colored vestments and the organ on this Sunday.  Fortified by this liturgy filled with thought of Easter, let us go forward in the second half of Lent with courage and generosity in our penance, prayer and charitable works.

Music for the service performed by members of the Schola Cantorum of the St. Gregory Society, will include the Gregorian chant proper for the Mass (Laetare), the motets “Memento salutis auctor” and “Ave verum Corpus” by William Byrd, and organ music by Byrd and Orlando Gibbons.