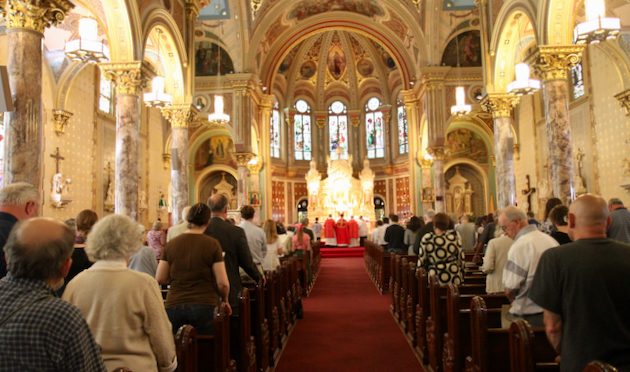 For the time is coming when people will not endure sound teaching, but having itching ears they will accumulate for themselves teachers to suit their own likings. (2 Timothy: 3-4)

I have always loved this phrase “itching ears” in this passage from the Second Epistle to Timothy. These are those who hearing sound doctrine try to scratch what they are hearing because it interferes with what they want to hear, “to suit their own likings.” That the Catholic Church is in a time of crisis no one can deny. It is not the first time that the Church has been in crisis. Church history, which is not popular in a time of cancel culture, provides a good number of examples of crises that faced the Church. The age of the Church Fathers in the first seven centuries was a critical time for the Church, for the Church had to counter doctrines that would have contradicted the truth about the person of Jesus Christ and the nature of the Holy Spirit. The early Middle Ages had to confront false doctrine concerning the Real Presence of Christ in the Eucharist. The Protestant Reformation was one of the greatest of the crises the Church has had to face. And in the twentieth century Pope St Pius X had to confront the heresy of Modernism. That heresy, because it takes so many forms, is still with us today.

There are several elements in the crisis within the Church today. Many deal with the question of development of doctrine and how the Church should meet the challenges of a culture that is either uninterested in any form of religion or that is actively hostile to the teaching of the Catholic Church. But I believe that the deepest crisis facing the Church today is how the Church worships. Lex orandi, lex credendi. How the Church prays is the foundation of what the Church believes.

This Mass today that we celebrate in this church is the Traditional Roman Mass, which was and still is at the very heart of the Tradition of the Catholic Church. And this Mass today is made possible by the group known as the St. Gregory Society. founded in 1985 to promote the local celebration of the Traditional Latin Liturgy according to the Tridentine Missal in response to the Papal indult of October 3, 1984. Many of us here are indebted to the Society for having the courage and faith to begin the restoration of the Traditional Roman Mass to its rightful place in the Church after the imposition of the Novus Ordo Mass on the Church by Pope St Paul VI in the name of the Second Vatican Council. Without the St. Gregory Society you would not be here today. Without the St. Gregory Society I would not be here today. The most important day in my almost 38 years as a Catholic priest was the first time I celebrated Solemn Mass in Sacred Heart church in this city, a parish which no longer exists. It was at that Mass that I discovered the beauty and reverence of Catholic worship. It was at the Mass that I experienced for the first time in my priesthood the very heart of the Tradition of the Catholic Church. And I have never looked back.

The greatest crisis facing the Church today is the crisis of worship. Pope Benedict understood this deeply and tried to address the crisis in his Motu Proprio Summorum Pontificum. That act resulted in the discovery of the Traditional Mass by many Catholics, both lay and priests. Those of us who know the young priests and seminarians know of their interest in and love for the Traditional Mass. This, for those in the hierarchy who are committed to the Novus Ordo Mass – as what is called in Traditionis Custodes(irony of all irony) the ONLY form of the Roman Mass—this is a problem. And this latest Motu Proprio from Pope Francis, severely limiting the freedom to celebrate the Traditional Mass, is the answer of those who are blind to the disastrous situation where regular Mass attendance is below 20% in most of this country, and far below that in Europe. They claim that those returning to the Traditional Mass are denying the validity of the Second Vatican Council that asked for liturgical reform and renewal. Unfortunately, there are those who champion the Traditional Mass and who say nonsensical and blanket denunciations of Vatican II. That must stop, my friends. The Second Vatican Council is like all Councils. Most of what was said at Lateran II has been forgotten. What needed to be said has been remembered and has become a part of the development of doctrine. Our job is neither to be nostalgic about the past nor is it to condemn Councils. Our job is to allow more and more Catholics to discover the beauty and depth of the Traditional Mass, and to do so with a smile.

As more and more scholarship is applied to the Novus Ordo form of Mass, it is becoming more and more evident that there is indeed a discontinuity between the Traditional Roman Mass and the Novus Ordo Mass. One scholar opines that only 36% of the 1962 Missal was preserved intact in the Roman Missal of 1970. If I decided to do a new edition of David Copperfield and eliminated 60% of what Charles Dickens wrote and added chapters of my own making, would it be honest or possible to still call it David Copperfield? But let us be clear: there is no question of the validity of the Mass of Paul VI. And there should be no question of the rightful place of the Traditional Mass now and in the future.

This is why the St. Gregory Society is so very important today. It not only must continue doing what it has always done. But it must also realize that these are different times. We must no longer be content to have Masses on Sunday afternoon in a parish church that will allow us to celebrate this Mass. We must work for a permanent home in which the Mass can be celebrated in all of its beauty and truth. We must maintain a high standard in all that pertains to the Mass, including the music of Catholic Tradition, the training of servers, and yes even the priests who celebrate the Mass. This is not a time for negativity, not a time for looking back, not a time for discouragement. This is a time for joyful evangelization, with the emphasis on joy. This is a time to get Yale students, many of whom have been totally secularized, to come and see and to experience something that they will never be exposed to at a university that has turned its back on its Christian origins. This is a time to invite family and friends to this Mass, a time to do whatever we can not merely to make this Mass survive but primarily to help to make Catholics once again understand who and what are at the heart of Catholic Traditional: the person of Jesus Christ and the beauty and truth of the Sacrifice of the Cross.